Glamping in the Broken Island Lodge

This kayaking trip started with a drive to Bamfield in the early morning to meet the water taxi at 10:30 am. When the water taxi arrived at the wharf we loaded our kayaks and gear aboard the taxi for the ride to the Broken Island Lodge.

The Broken Island Lodge is located just behind Canoe Island on the mainland of Vancouver Island, just outside the Pacific Rim National Park called the Broken Group.

We spent 4 glorious days paddling around the Broken Group, some of that time exploring and trying to find the passage between Jarvis and Jaques Islands. (Gord says that he can drive the water taxi though that passage at high tide.) We also spent some time searching for the rock face that supposedly looks like an Indian Head on Reeks Island.

One day we circumnavigated Gibraltar Island, the wind was from the SE and going around Gibraltar on the “outside” was just a little lumpy.

On the 4th day we arranged for Gord to ferry us out to Dicebox Island with the water taxi, with 4 other kayakers, so that we could experience the wild west coast. On this day the wind co-operated with us as we paddled around Howell and Wouwer Islands, but as we paddled across Coaster Channel the wind picked up and so did the rollers, some of the group were way outside their comfort zone.

The next morning Gord taxied us back to Bamfield. What a great experience.

PS: Did we mention that Gord also plays the guitar and sings after supper around the fire pit. 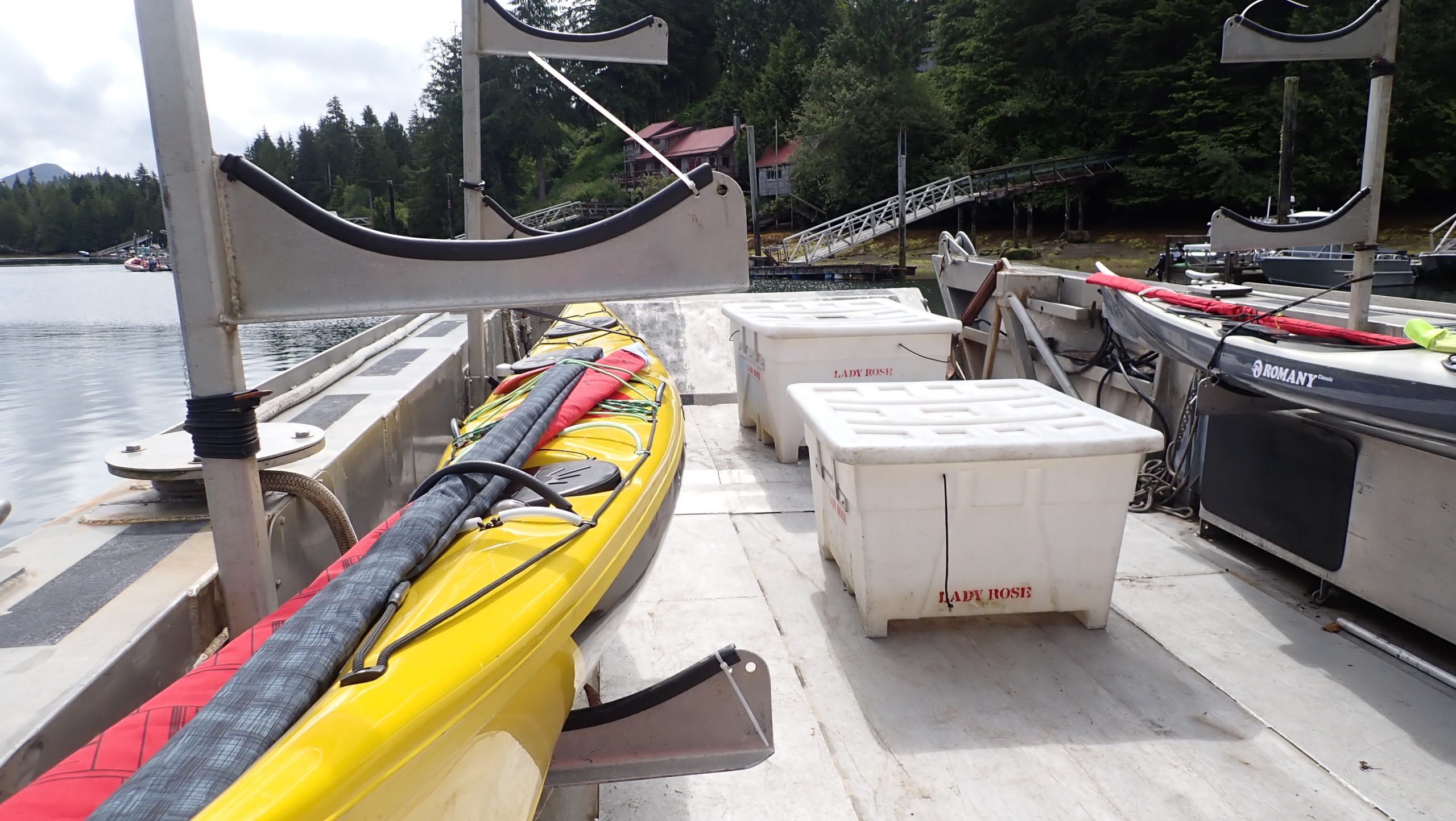 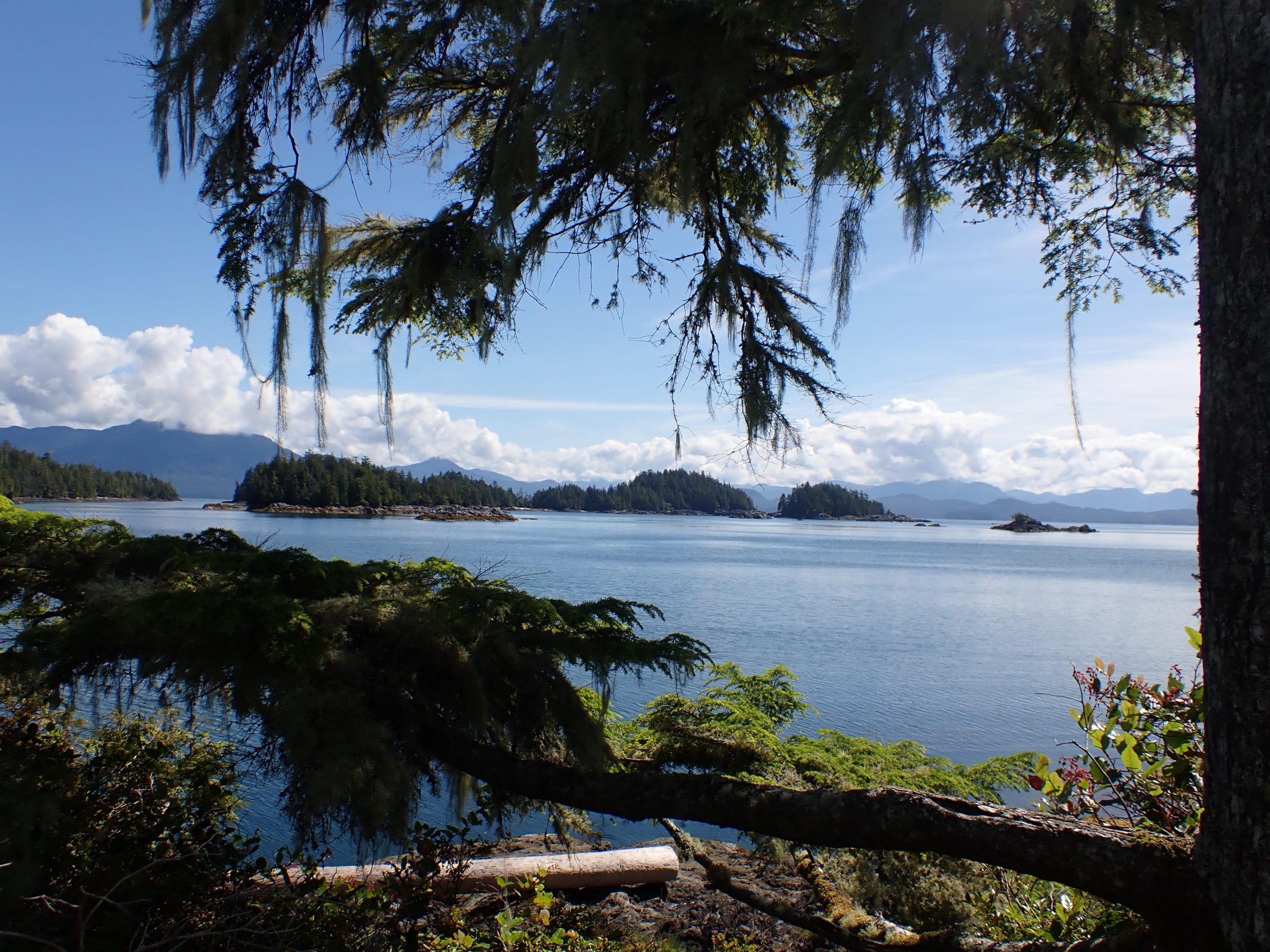 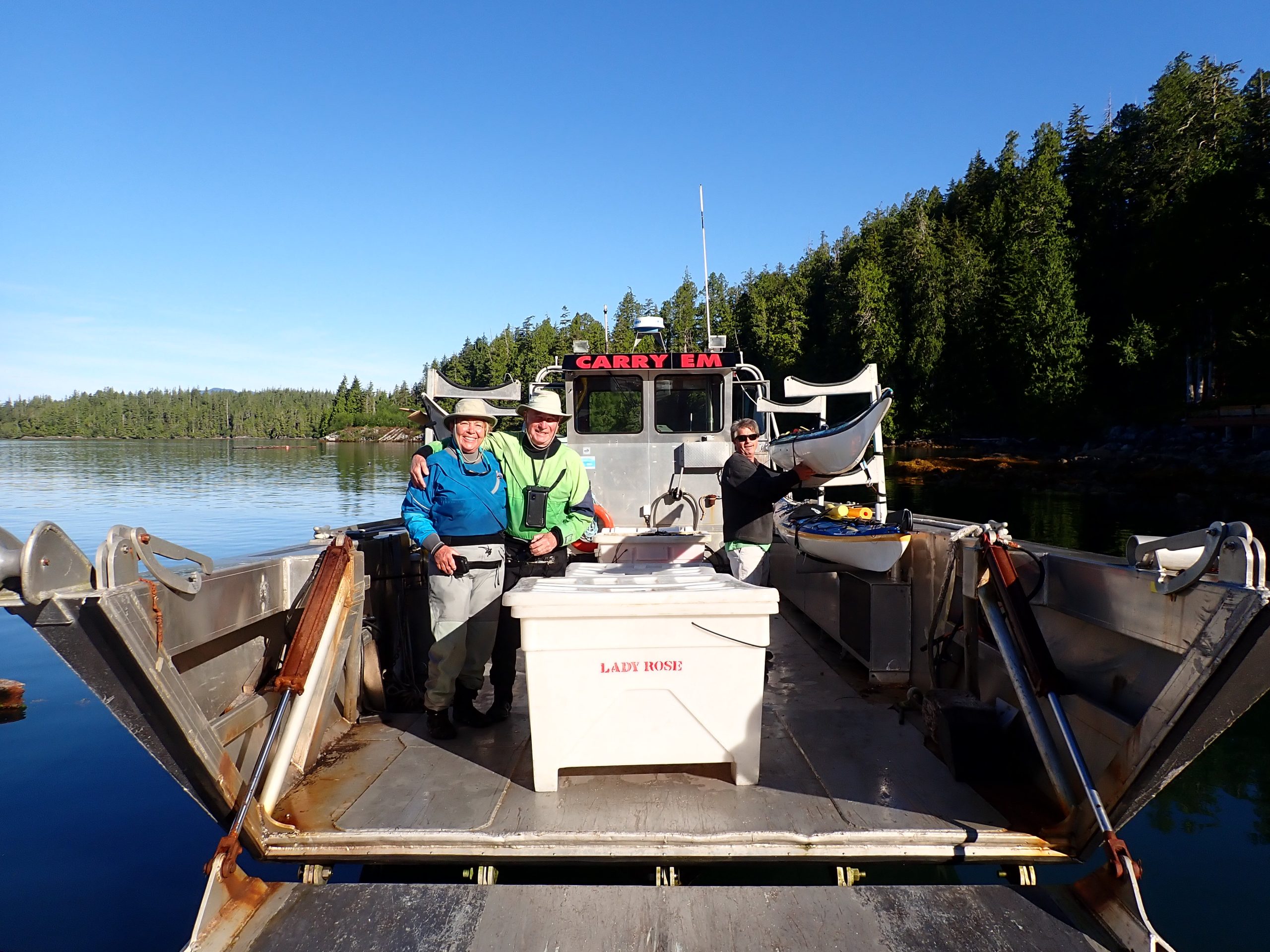 If you have ever dreamt of experiencing all that the Broken Group Islands and Pacific Rim National Park has to offer but you want to avoid sleeping on the beach, come stay with us. Here you will enjoy the beauty of the wild West Coast while we take care of the details.